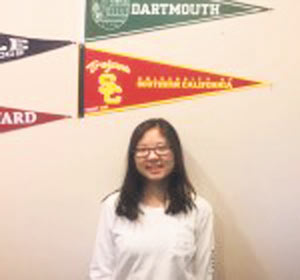 During the second week of November 2019, three fraternity deaths occurred at three different universities. Dylan Hernandez was attending a fraternity event at San Diego State University. Found without a pulse and frothing at the mouth the following morning, he was soon pronounced dead. At the Alpha Tau Omega fraternity house at Washington State University, Samuel Martinez, freshman, was found unconscious and not breathing. Fraternity members performed CPR until medics arrived but was declared to be dead. The preliminary investigation implied that his death was connected to alcohol consumption. At Arizona State University, a male student was found dead in his room at Greek Leadership Village.

Since the 19th century, there have been more than 250 deaths at schools in the United States due to acts of hazing and irresponsible activities in Greek life. Although Greek life has many positive aspects such as networking and helping the community, a cruel culture has been created as a result of these fraternities and sororities and is not being entirely recognized by society as a problem but rather being seen as a normal, harmless college experience.

Timothy Piazza, a sophomore at Penn State, had been given 18 drinks in 82 minutes before falling down the stairs and fracturing his skull. Afterwards, the Penn State president Eric Barron criticized the event but also praised the fraternity, discussing the gorgeous multi-million dollar renovation. Authorities are still disregarding the dire circumstances that fraternity events create even after seeing them happen on their own campuses. This tragedy, however, is not even close to the sickening acts of brutality that have occurred in other universities. During a drinking night at LSU, a student was ordered to recite the Greek alphabet covered in hot sauce and mustard and forced to chug hard liquor if he failed. The benefits of Greek life are definitely past hazy and are now only faintly visible.

Universities urgently need to take further action to put a stop to these deaths that are easily preventable and help students across America know when to draw the line at Greek life events.